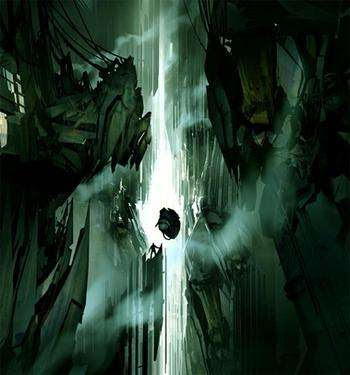 Half-Life 2: Episode Three is the third and final instalment in a series of episodes following Half-Life 2. The project has been labelled  highly ambitious and release is still a while off.

﻿The episode is going to be set in the northern reaches of the world of Half-Life, these will be cold places filled with ice and snow, oh and a Borealis.
The Borealis is that great ship that disappeared during some experimentation by the same sort of scientists that caused the Resonance Cascade from the original Half-Life. From what we have seen from Portal and the previous Episodes the Borealis is a scientific ship that was involved in teleportation tests at the Aperture Science labs. Something went wrong which led to the ship disappearing completely from its original location. It is only during the events of Episode 2 that we find out that it has returned, this time in the coldest reaches of the world.
Trailer:

Follow us ! Looking for blog community for writing ! you Are lucky becuase you may be invited as admin for our community. we are watching for Dedicated Admins for posting reviews of games,Pc games Screenshots , Youtube games trailers,Xbox games reviews,ps3 games review, all you need is to follow our http://ace2gamers.blogspot.com . and send email describing "why you wanna be our part of ACe Community to ACe4support@googlegroups.com.Email us with subject " I want to be ablogger in your blog"